It’s been a while since I participated in the monthly Mixology Monday, but as I finished up my recent collection of La Cage Aux Folles cocktails I happened upon the announcement on Cocktail Virgin and it fit in nicely with what I like to drink as well as a problem I was looking to solve.

The problem begins with an explanation. For those who have just come to the site and don’t know me, I am an actor on the side and in the aforementioned La Cage production I was lucky enough to be playing Albin, who works in the club in drag as Zaza (for those who don’t know La Cage, but know of The Birdcage, which was based on the same play, Albin was the character that Nathan Lane played in the movie). Just for some high heeled kicks, here’s a pic of me in the performance: 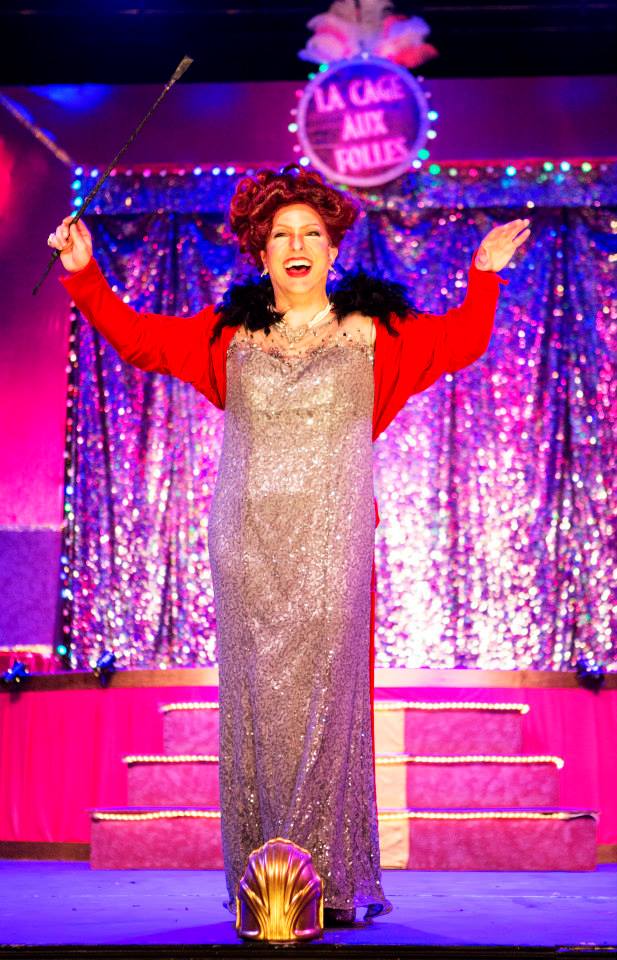 Now, there already exists a cocktail called the Zaza, which is also (or more commonly) known as the Dubonnet Cocktail. It’s 2 parts gin to 1 part Dubonnet with a twist, and I don’t like it at all. So I thought I might make an “Improved Zaza,” which is the time that I stumbled upon the current Mixology Monday post. Here it is:

For this theme, actuate it any way you’d like as long as the drink resembles a Manhattan. Want to take 19th century Manhattan recipes or variations to the test? Want to figure out what the best whiskey to vermouth pairings and ratios are? Or perhaps subbing out the whiskey or vermouth for another ingredient or adding in a liqueur or other modifier or so to the mix? Awesome, you’re right on track! There are plenty of Manhattan and Manhattan variations out there in the literature, and there’s plenty of room to explore and tinker if that’s your thing, too.

Since with a Manhattan we have the same 2:1 ratio (plus some bitters) I thought that making the Zaza more like a Manhattan was just the thing to kill two birds, so to speak. I went through a number of variations with gin, exploring a bit with St. George’s Dry Rye (and the aged version as well). In the end, I just wanted the whiskey with the vermouth, so I turned back to rye.

Of course, rye and vermouth itself, even Dubonnet, isn’t straying too far from your classic Manhattan, so I had the thought of making a bit of a tweaked composite of not only the Manhattan, but two of my other favorite cocktails, the Boulevardier and the Vieux Carre. I thought this might be a nice additional nod to the show since Albin is actually three distinct characters within the piece — Albin, Zaza and Mother. And so I came to the Saint-Tropez: 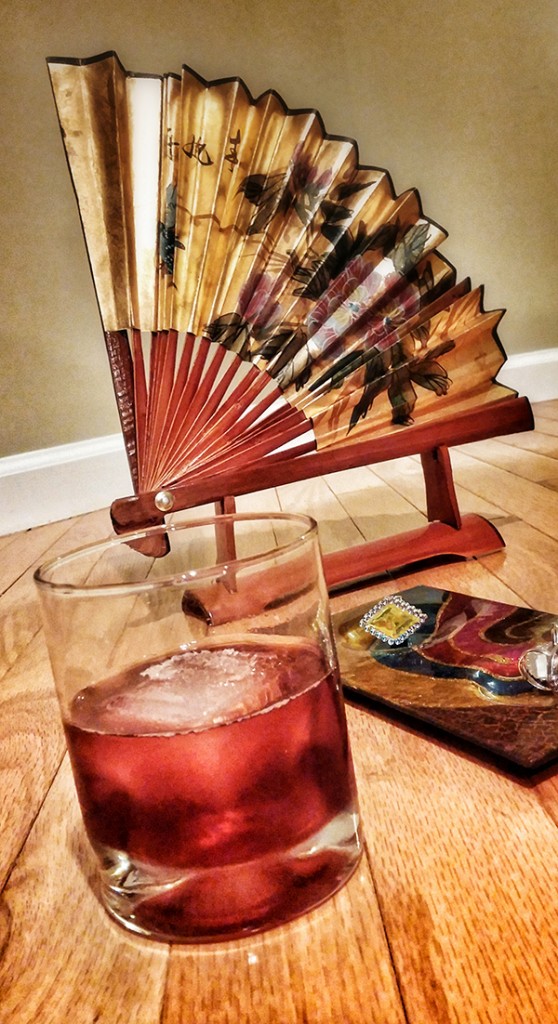 Stir with ice and strain into old fashioned over ice. Spritz a little Absinthe on top for, you know, Molin Rouge.

OK, you got me. I threw in a little Sazerac as well. As for the name, I took it from the setting of the musical. Another St-Tropez cocktail already exists, but c’est la vie.