One last trip on the carousel. Here’s one named for a hashtag coined by our incomparable director/choreographer Rachel Bertone for our production, and one that is also all too fitting for an alcoholic consumption. 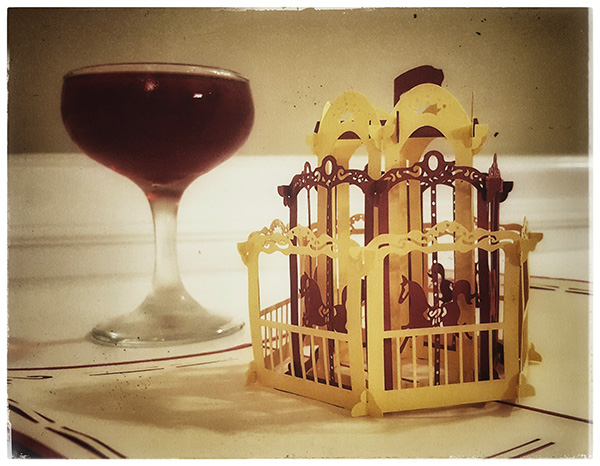 Stir with ice and strain into a coupe.

There’s no thematic tie-in here. It’s just flavors we liked to drink. And we did. And we all had a real good time. 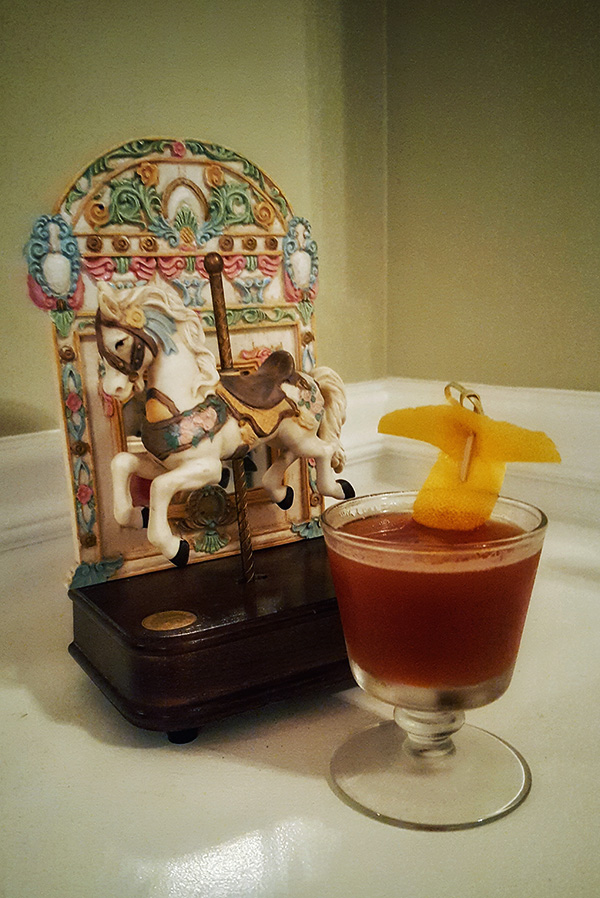 Stir with ice and strain into coupe. Top with 1.5 oz. of Whale’s Tale Pale Ale and garnish with a lemon twist.

I’m opening in a production of Rodgers and Hammerstein’s Carousel today with Reagle Music Theatre in Waltham, and like a bottle of Champagne smashed against a ship on its maiden voyage I thought I would christen our journey with a cocktail (less messy, and doesn’t waste Champagne).

This idea came mostly from my spotting of Whale’s Tale Pale Ale from Cisco Brewers in Nantucket. You see, in this production I am playing the scheming whaler Jigger, and in one particular lyric in the show he sings:

“Or to climb aloft to be
The very first to see
A chrysanthemum spout come out of the snout of a whale!”

So I wanted to make something with the ale. I started with the Chrysanthemum cocktail, which is dry vermouth, Benedictine and absinthe. Very nice, light, aperitif. Topping that with the ale was pleasant, but I didn’t think an improvement. So I started to play with proportions or swapping out to create something new. The thing was, I didn’t think any of my tweaks improved on the original.

And so I went a completely different direction, beginning with a rum base (from New England, preferably), then adding hibiscus liqueur to incorporate something floral for the sake of the drink’s name and add the sweet element. The allspice dram added some depth, and played really nicely with the rum. This made a fairly decent sipper in itself, but then adding the bitter element of the ale brought it all together.

The salt is for the sea, of course.