Quick break from cocktails to show a poster design I put together for a local company, The Longwood Players. This was a bit of an emergency project as their original designer fell off the grid after deadlines were passed (ironically, they had moved to this designer without my knowledge, perhaps after the unfortunate situation surrounding my Chess poster). I had to put this together over a weekend to help them out. The result was the following: 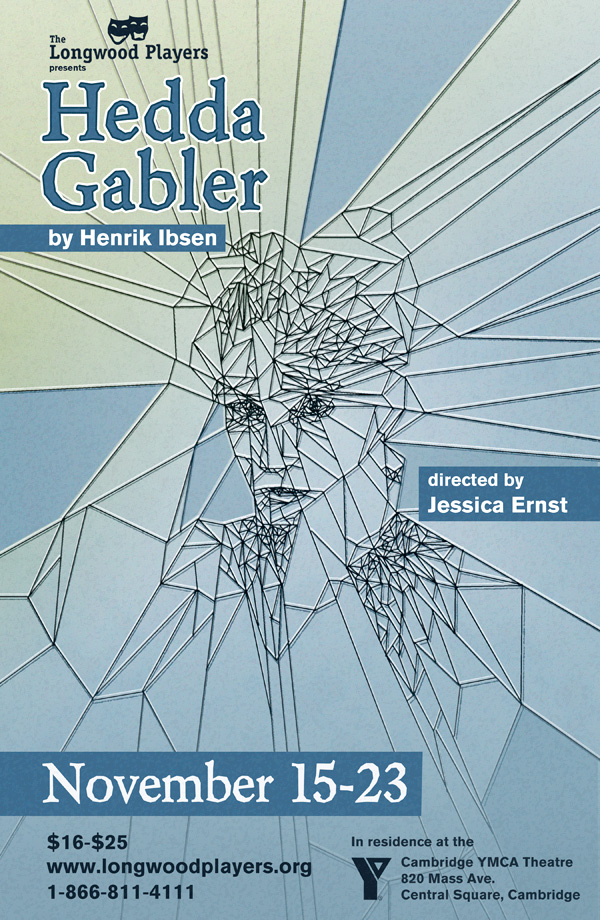 I wanted to focus on Hedda herself, and her internal conflict, her boredom and loneliness and mania. I saw some wonderful pictures online featuring images created by a cracked glass algorithm that I wanted to try and replicate, with the idea being the fragmented state of Hedda’s mind and existence. In the end, the image became more stained glass with a bunch of tessellations than cracked glass, and I didn’t have the time to rework it, nor write my own algorithm (this was all manual) to create the randomness of the image. I also did not feel that the stained glass was inappropriate, so I stuck with it as the image came together.

My wife, Lydian, served as the model, wearing pajamas with her hair tied back at the end of the day. Probably the easiest two minute modeling gig she’s ever had, but her pose makes the poster.