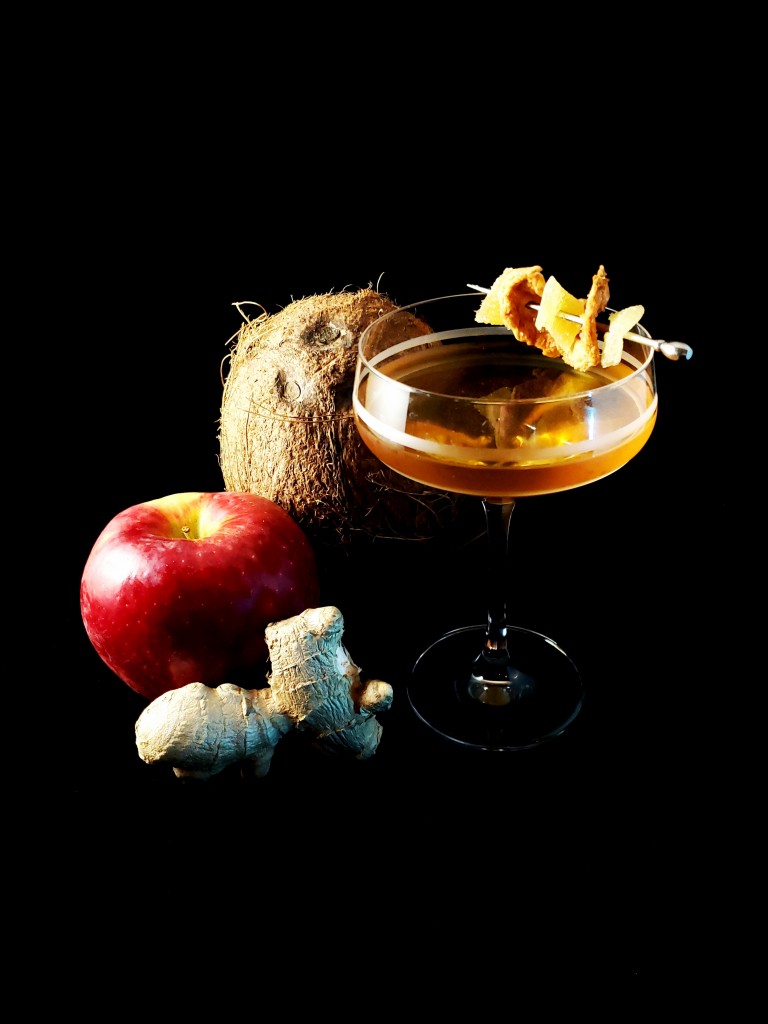 Stir with ice and strain into coupe. Garnish with dried apple and candied ginger.

I picked up the quince and ginger cordial at Tamworth Distilling this past summer and have been wanting to build a cocktail around it for a while. I started with an apple brandy base (originally Tamworth’s own Old Hampshire, but then I opted to save that as a sipper). To that I added the cordial and some ginger and pear liqueurs to up the flavor. The Cardamaro added a little bit of tartness and the cardamom the bitterness needed. Definitely a sipper that luxuriates in the apple/pear/quince/ginger.

The name came last as I considered the drink was a bit of a play between the sweetness of the apple against the spiciness of the ginger. Which do you prefer?