Changing My Major (to Gin)

This was a tough one. The joke of the title (the song in Fun Home is “Changing My Major to Joan”) was one that was told me before the show was even fully cast, and I knew I wanted to do something with it. But beyond it containing gin what should the cocktail be? The song doesn’t really give any hints like the House On Maple Avenue did, and I wasn’t sure I just wanted to do a generic gin drink with no theme. I thought perhaps I could take a popular drink with another base spirit and swap in gin (Changing Mojito to Gin, perhaps?) but swapping in gin (or another spirit) is fairly common and though I tried some Manhattan variations that stayed closer to a Manhattan than a Martinez nothing really took off. I also tried to do a mixture of gins — adding in an barrel-rested gin with a London Dry, then some Damson Gin liqueur or Sloe Gin for sweetness — but this wasn’t successful.

That’s when I turned to a gin cocktail I had previously developed but had yet to name or feature. In itself it is tasty but nothing out of the ordinary. I just really wanted to use Pamplemousse Rose, a wonderful and delicate grapefruit liqueur. But what attracted me to it was the fact that there was an ounce and a half of gin with three other ingredients that were simply stirred, not shaken. Because of that, I thought it would be interesting to mix up the other ingredients, without ice, and then split the mixture into thirds. I could then mix a half ounce of gin with each and have a single cocktail flight — or study, hey! — where the same flavors could be tested against three different gins. You could do it with three London Drys, or three New Western, or one each from several categories, which is what I chose to do in the end, splitting the cocktail into one London Dry, one Genever-style and one Old Tom. I found it worked with each. 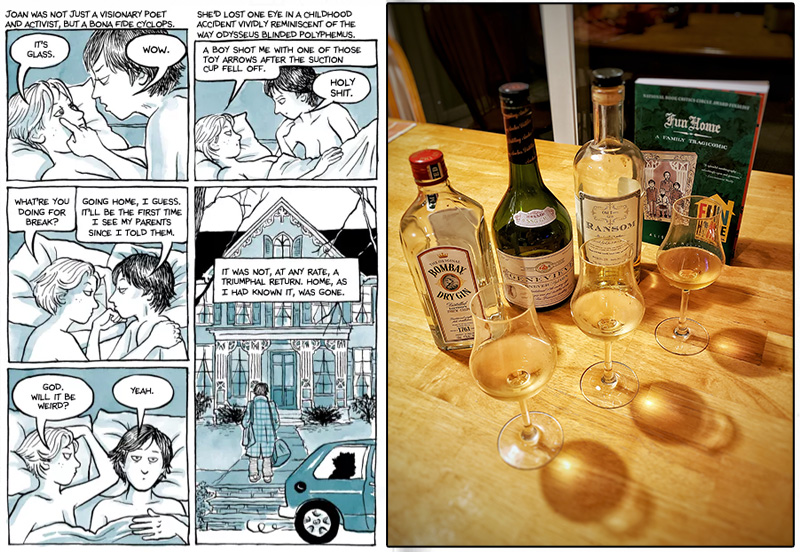 Changing My Major (to Gin)

Stir with ice and strain into coupe.

Alternatively, mix all ingredients but the gin without ice. Split this into thirds. Pour 0.5 oz. of gin into each third, stir with ice and strain into separate glasses. Class dismissed!